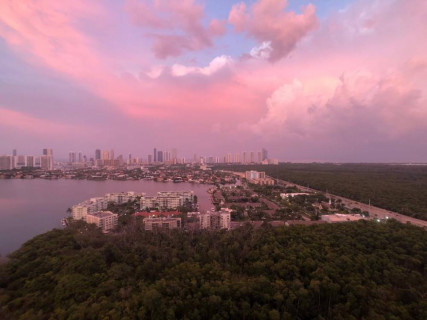 The high and mighty of the New York metropolis are migrating to the Miami-Dade County are of Florida. The reason isn’t far-fetched, considering the financial handicaps the recent changes to the country’s tax laws have placed on them. It is also unsurprising that many of the affluent are moving to Miami. It has been outed as an economic paradise, so why not?!

The popular holiday destination is beginning to entice the urban population that feel hard done by the laws with promises of a reasonable cost-of-living and annual tax savings as high as $120,000 for high income earners. Florida real estate is fast becoming the go-to for everyone.

Limited deductions on state and local taxes amongst many other unpleasant repercussions are what the Federal Tax Cuts and Job Act brought with it when it was passed to law in the latter stages of 2017. Resident taxpayers in New York, New Jersey and Connecticut were particularly hit by the changes considering the fact that the three states are among the states with the highest property taxes. It is also worthy of note that the three states are also among the highest income states in the nation.

During the 12 months from August 2017 to July 2018, 63,722 people emigrated from New York to Florida. According to the US Census Bureau, Florida recorded the highest number of migrants from other states. This is testament to the fact that it is an economic haven for the affluent. Many other wealthy people have made considerable moves in the Miami real estate market.

It is estimated that 25% of residential units for sale in Saperov’s purview will be purchased by migrants looking to leave New York. The population of people leaving New York increases with every passing day and Florida is accounting for the largest percentage of them.